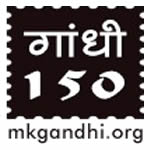 Know Gandhi Quiz Campaign is organized by Bombay Sarvodaya Mandal as part of 150th Birth Anniversary of Mahatma Gandhi in 2019.

At last it is live.

The Know Gandhi Quiz program, which we have planned to celebrate the 150th birth anniversary of Gandhiji has started on 30th January 2019, which will continue till 02nd October 2019.
Thanks to Shri. Somayya Kakka for providing us a platform and unconditional support. It would have remained as an unsuccessful paper project without his whole-hearted support.
In the past, for almost one year, we were knocking at the doors of many institutions and organizations to get a nod to launch this project. Though they all claim as standing to uplift and spread Gandhian thoughts and ideas, never bothered to support us to launch this project.
Our search then turned towards less known Gandhian Organizations. In fact Bombay Sarvodaya Mandal was not at all on top in our list. But when we have narrated our plan to Somayya Kaaka, he then suggested some changes and offered full support. At that moment we realized that our dream is going to happen. Day and night we have worked hard and the final result is http://quiz.mkgamndhi.org

All this we have done and still doing during our lunchbreaks and free time.

Thanks to those principals, who have realized the benefit their students may get by participating in this quiz, have placed the posters on their school noticeboards and also announced it in their school assemblies. Thus we have got young students from Delhi, Kerala, Karnataka, Maharashtra etc.
It is also decided that none of the team members will take any remuneration for the work we do for this project. The website is up. But our task doesn't end there.

"Shall we try for some sponsors for this?" one day we asked Somayyaji.
"No" was his stern reply.
"Then the sponsor may ask us to display their banner advertisement on our page. We do not want to put anything unrelated to Gandhiji on our pages. Money making is not our idea." Explained Somayaji.
"Can we try to get someone to buy Gandhian books and donate the same to us to use as prizes?" we asked.
"That is a different story. You can try for that. But remember we do not accept any money directly from anyone. They can pay for books or other materials related to Gandhiji from our store and then make those items available as prizes." Somayyaji at last consented when we persuaded a lot.
We are common people getting a normal salary to lead a normal middle class life. So we do not have any extra money to spend. But time, talent and dedication, we have enough to spare. That is what we are offering to Somayyaji who has helped us in making this project live by offering unconditional support.
As we have said earlier, any promotion by spreading the news or making any Gandhi related books or articles available as gifts to give as prizes are welcome.
More than 600 have already registered for the quiz. It may rise to 1000 by 30 January.2019. Anyone can register and participate in the quiz till 2nd October 2019 and on that day we have planned the last one-day quiz.
We are trying our best to spread the news and get more people join this quiz. Our aim is to spread the Gandhian ideas and philosophy among younger generation. Thus prepare them to lead a peaceful life.
We want all to have The Story of My Experiments with Truth in every house.

Thanks a lot well in advance for your support.
Regards
The Team
quiz@KnowGandhi.com